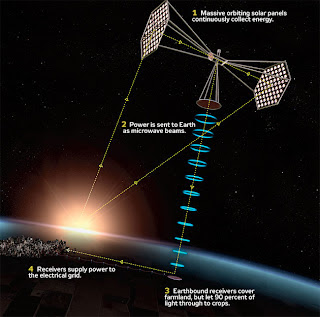 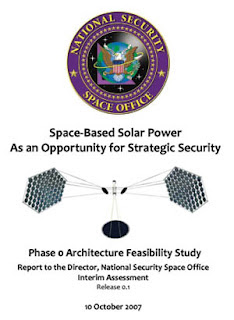 Those interested in Space Industrialization, Clean Energy, Environmental Security & Global Warming, Global Sustainable Economic Development will find this a very interesting study:
http://www.nss.org/settlement/ssp/library/nsso.htm
The study used a number of experts, and even featured a public blog:
http://spacesolarpower.wordpress.com/
But don't expect any immediate action...sources say that some forces and other space agencies within the administration and USAF think it is too far out and competes with the current vision for exploration. Word is the NSSO took heat for "stepping out of its lane" to consider such global issues.
Posted by TheVision at 11/19/2007 10:18:00 PM 1 comment: