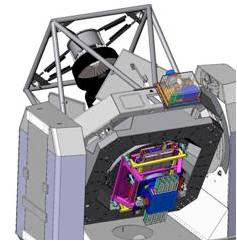 From: http://www.msnbc.msn.com/id/27910044/
Space experts call for asteroid action plan
Time needed to deflect asteroids, evacuate people living in impact zone
updated 11:55 a.m. ET, Tues., Nov. 25, 2008
VIENNA, Austria - Space experts are urging the United Nations to devise a plan that allows for quick action against asteroids. Rusty Schweickart, a former U.S. astronaut, says such a plan would save the time needed to deflect asteroids or evacuate people living in a possible impact zone. He says researchers will increasingly be able to predict collisions and that, for the first time in history, technical capabilities exist to prevent them. Schweickart and other experts spoke to reporters Tuesday after presenting a report on the matter to U.N. officials in Vienna.
Posted by TheVision at 11/25/2008 07:00:00 PM 1 comment: 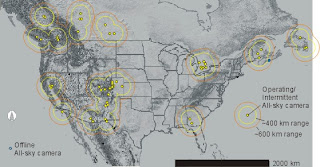 Did Asteroid Cause Ancient N.Y. Tsunami? 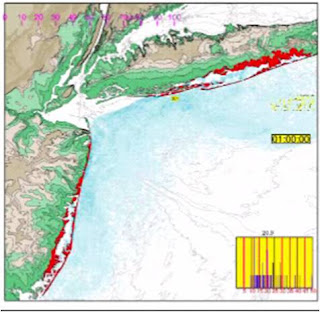 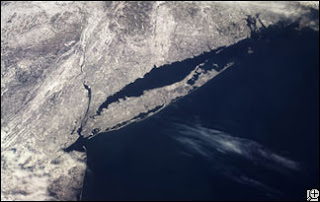 From: http://dsc.discovery.com/news/2008/11/20/asteroid-tsunami.html
Long before New York City was the Big Apple, or even New Amsterdam, a giant tsunami crashed ashore.
It was 2,300 years ago. The Palisades that frame the Hudson River were whisper-quiet, the sandy beaches of Long Island and New Jersey empty, and Manhattan was still just an unbroken sylvan carpet.
Then came the mammoth wave, roaring into the serenity. No one knows for sure what caused it, but new clues found in the Hudson's silt suggest an asteroid 100 meters (330 feet) in diameter slammed into the Atlantic Ocean nearby.
While sifting through samples, Katherine Cagen of Harvard University and a team of researchers found carbon spherules -- perfectly round particles that form in the extreme pressures of an impact.
"But the main thing that closes the deal is that we looked in the spherules and found nano-diamonds," said Dallas Abbott of Columbia University, a co-author on the work. "These have only been found in impact ejecta or in meteorites."
The team found grains of several shocked minerals in the sediments as well, but the discovery remains controversial.
"To get a wave 2.5 meters high that far up the Hudson, you need a wave 20 meters high at Manhattan," said Steven Ward of the University of California, Santa Cruz. "It would've gone several hundred meters inland on Long Island; you should see evidence of this thing all over the place."
See Video: http://dsc.discovery.com/video/player.html?bctid=2756251001
Bunch of terrific Asteroid/Tidal Wave Sims here: http://es.ucsc.edu/~ward/
Posted by TheVision at 11/24/2008 06:27:00 PM 15 comments: 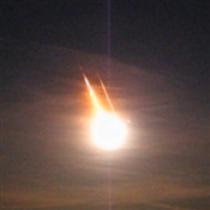 from: http://www.canada.com/vancouversun/news/story.html?id=9453ad78-e1e0-4e74-a50e-ddd770048a80
This particular meteor was thought to weigh about one to seven tonnes before it entered the Earth's atmosphere, and was five times as bright as a full moon.
He said the people with the best chance of finding pieces are the ones who heard the sonic boom made by the falling meteorite chunks.
"If you hear that, then you're probably within 30 kilometres of it."
Posted by TheVision at 11/24/2008 12:41:00 PM No comments:

Amazing Video of Meteor over Canada

http://www.youtube.com/watch?v=e_2aX-784sw&NR=1
http://www.youtube.com/watch?v=PSL3b6bCR7s&NR=1
http://www.youtube.com/watch?v=e_2aX-784sw
About 1730 yesterday, in Edmonton, Canada:
From: http://www.google.com/hostednews/canadianpress/article/ALeqM5jU4E6gEY14ICcUMiwnqPkveUsF3w
"I just happened to look outside facing east," he said. "All of a sudden I saw this big flash coming down and I thought somebody was playing tricks on me, like fireworks behind the house or something.
"Just before that I heard a boom. I didn't know if it was a tree against the house. It was green and blue and it was coming down pretty fast."
Gobeil said the light display eventually turned orange, yellow and red and lasted 10 seconds.
"I was waiting for it to explode," he said. "It looked similar to when we watch (news reports) in Afghanistan. When I didn't see that, I said, 'well, that's something from outer space.' I'm sure it landed way out in Winnipeg or something."
"It's exciting - both scary and really nice."
Posted by TheVision at 11/22/2008 05:19:00 PM No comments:

A new video for math and science classrooms:

http://www.thefutureschannel.com/dockets/realworld/space_based_solar_power/
To consider the space solar power concept requires an understanding of science, technology, engineering, math, energy, policy, environmental factors, and more. Space solar power is an engineering project on a scale that rivals the greatest in history. Students need to be informed and able to participate in the conversation.
Posted by TheVision at 11/10/2008 04:47:00 PM No comments: 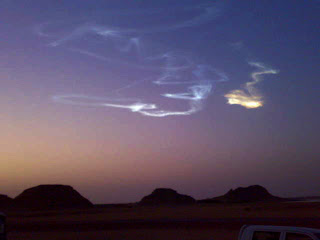 From: http://www.universetoday.com/2008/11/08/first-images-of-asteroid-2008-tc3-impact-aftermath/
A month after asteroid 2008 TC3 hit the Earth's atmosphere, the first ground-based image of the event has surfaced on the Internet. Admittedly, it's not the fireball everyone has been waiting to see, but it is visual evidence that something hit us above Sudan on October 7th. The image above was taken from a frame of video that was being recorded by Mr. Mohamed Elhassan Abdelatif Mahir in the dawn following the asteroid impact with the atmosphere. The smoky feature is the remnant of the fireball as the 3 meter-wide asteroid blasted through the upper atmosphere, eventually exploding. The long-lasting persistent train is seen hanging in the air, high altitude winds causing it to twist in the morning sunlight.
We may not have a dazzling fireball re-entry video of 2008 TC3, but this striking image provides the first ground-based evidence of the direct hit, and may help refine the search for any meteorites from the disintegrated asteroid…
Posted by TheVision at 11/10/2008 04:44:00 PM No comments: