Critics of Space Solar such as Elon Musk have said that "You get twice as much sun, best case" But is that true? Check out this analysis direct comparison. Source: D3 presentation by Dr. Paul Jaffe after analysis by Mr. John Mankins. 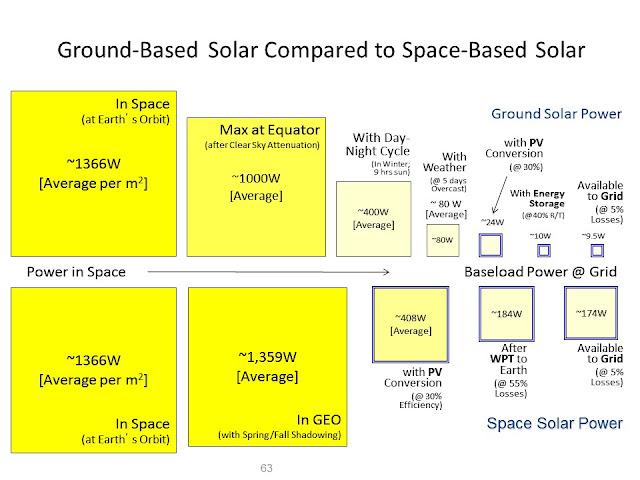