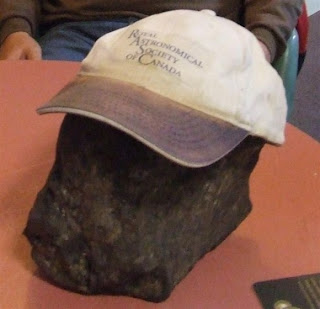 From: http://www.universetoday.com/2008/12/03/head-sized-meteorite-found-from-canadian-fireball/
Several more fragments have been found from the 10-ton asteroid that exploded over western Canada on November 20, including a head-sized piece weighing 13-kilograms (28 lbs). Imagine that landing on your house or car (or head!). University of Calgary professor Alan Hildebrand, who is leading the search estimates there could be 2,000 fragments per hectare (about 2.5 acres) in the area near where fragments were initially found. The asteroid is becoming known as the Buzzard Coulee fireball, named after the picturesque, but luckily uninhabited valley where the first pieces were located. Check out the website of Bruce McCurdy of Edmonton Space & Science Foundation and the Royal Astronomical Society of Canada, who has joined in the search for more meteorite images.
More than two dozen pieces of the asteroid have been found by researchers or members of the public. The search is focused on a 24-square-kilometer section of agricultural land along the Battle River where the scientists calculated the debris would be located. 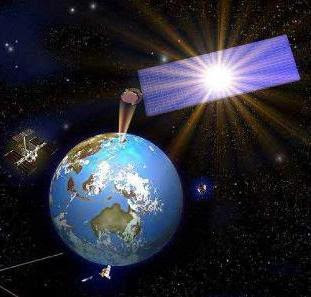 Check out the direct link:
http://change.gov/open_government/entry/space_solar_power_ssp_a_solution_for_energy_independence_climate_change/
Posted by TheVision at 12/21/2008 05:10:00 AM No comments: