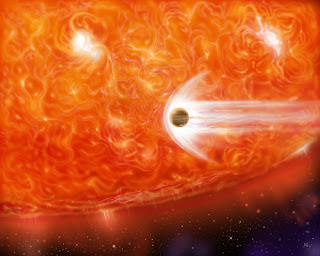 His model, published in the journal Astrobiology, suggests an upper limit for the probability of each step occurring is 10 per cent or less, so the chances of intelligent life emerging is low – less than 0.01 per cent over four billion years.
Posted by TheVision at 4/20/2008 02:37:00 PM